This will not be a series of declarations or resolutions for another revolution around the sun.
I will not profess or swear off anything.
There will be no projections or guides.
2 1   
By wewritelove LoveIs January 14, 2014

This will not be a series of declarations or resolutions for another revolution around the sun.
I will not profess or swear off anything.
There will be no projections or guides.
(If you cannot immediately discern from my introduction I am attempting to avoid the patterns of writers or theoreticians or critics who make educated projections for the year to come or to otherwise contribute to what can be a deafening dull of New Year “expertise”.)
Yet, here I am, feeling compelled to offer something to the Universe about 2014.

So forgive me my brief rumination. (With no declaration as an end goal, but I acknowledge we are on a “slippery slope”.)

In considering the Queer warrior to write words of love and respect to at the beginning of a year, I would say that a little rumination is indeed in order. I initially ponder at the level of grandiosity; and contemplate the many areas of impact an artist’s reach can traverse. The spaces of injustice, trauma, loss, or need their works gift Shine to. And considering that a new year often invites reflection and reclamation I think to the warriors around me. And one emerges that I want to begin this year making sure to give words of love to.

If you do not know who Sharon Bridgforth is….seriously…you betta ask somebody. She is a New Dramatist playwright, author/conductor of delta dandi, blood pudding, love conjure/blues and The Bull-Jean Stories. She is a MAP Fund recipient (River See), activist, facilitator, healer, and performer. If you are an academic or have intellectual leanings in that direction, there are scholarly inquiries around and featuring her work as well (such as solo/black/woman, and Experiments in a Jazz Aesthetic). When Bridgforth’s performance work is in your city, go see it. It is a body of art that when spoken aloud and physically/spatially embodied is profoundly magical. So really….go.

I met Sharon Bridgforth in Chicago Illinois when I joined her mentorship residency presented by Links Hall Chicago. I was unclear/unfocused, personally and thus artistically, and in a teaching position that was beating my soul daily – I was targeted with homophobic attacks by students that threatened my job, sanity, and Spirit. This amounted to a great deal of hiding in many areas of my life and art. But you certainly could not have articulated it that way to me then. What I was clear about is that if I was going to continue to make a life of art, something else needed to happen in it.

The year that followed consisted of a lot of tears. Letters to ancestors. Scripting a mother tongue. Mining my belly. Emerging my Spirit. Finding “yes”. Pain. It felt like having a child. Certainly something was birthed/released from me that gifted my self in return. Bridgforth was the usher, the canary in the mine, and sometimes the kick in the ass. It was more than that. I found a kindred elder whose work and language I understood and whom understood mine. Someone who revealed a legacy of artists that I belonged to. Someone who could see to the spaces beneath my hiding, dig some and turn on a Light.

And her bullshit meter is finely tuned.

We both left Chicago within about a month of each other. (Released to step fully into MsMr Fancy Shepard…inside joke)

In the years that have followed this profoundly impactful mentorship and apprenticeship has been a standing commitment to art/family/friendship. This has looked like everything from sharing big and small life moments; art wishes and dreams; opportunities seized or missed; exchanges of good music and good reads; and a lot of mutual respect.

Our queer and poc cultures overflow with legacies of apprenticeships, mentorships formal and informal. The high regard for and engaged presences with our elders (sequential and not) grounds our work – artistic, political, transformational, spiritual – inside an aesthetic of cyclical remembrance, reflection, and ultimately, growth. Shortly put, you ain’t neva too old to learn sumn’.

So as the person who has not made a difference, but the difference in my life, Sharon Bridgforth is probably the hardest to write about in this blog. There is much much more I can say, and will likely, in another post at another time. But in the moment of this first of the year, I will opt to write to.

thank you for all of the steps you make to show your brilliance, joy, and healing work. for laughing. for jazz. for cussin’ and good bras. for walking with such courage and might, YOU. for all the time you make yourself present for witness. for inspiring so many of us to write our words, sang our songs, move our dances, and speak our bones because you do so so fully.

You coat rock
cut edges
with spirit water and storm ripples
shaping stones out of mountains.

I come from a cultural and Spiritual tradition where we pray out loud. I offer that gratitude and Love should work like prayer: out loud and witnessed. 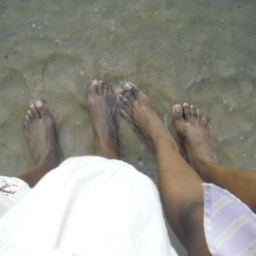 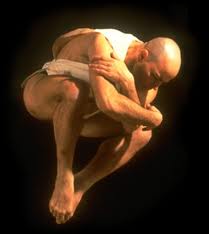 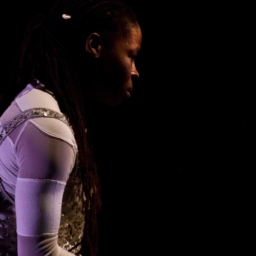 Dear MsMr Fancy Shepard
I am so proud to know you/to be on this Journey with you. I am honored by this post.
You Inspire me! Thank you whole Heartedly. With Joy
FanciToo

Definitely, what a splendid blog and illuminating posts, I surely will bookmark your site.All the Best!